KF Forestry was set up to form part of Kingdom Farming’s comprehensive rural management service. Kingdom Farming bought Kelly Tree Care in 2016 and with it came the extensive experience and skill of our manager Kieran Kelly.

Since its inception KF Forestry has grown steadily and we have established ourselves as an industry leading forestry business. This culminated in winning the award for Scotland’s Finest Woodland at The Royal Highland Show in 2019. 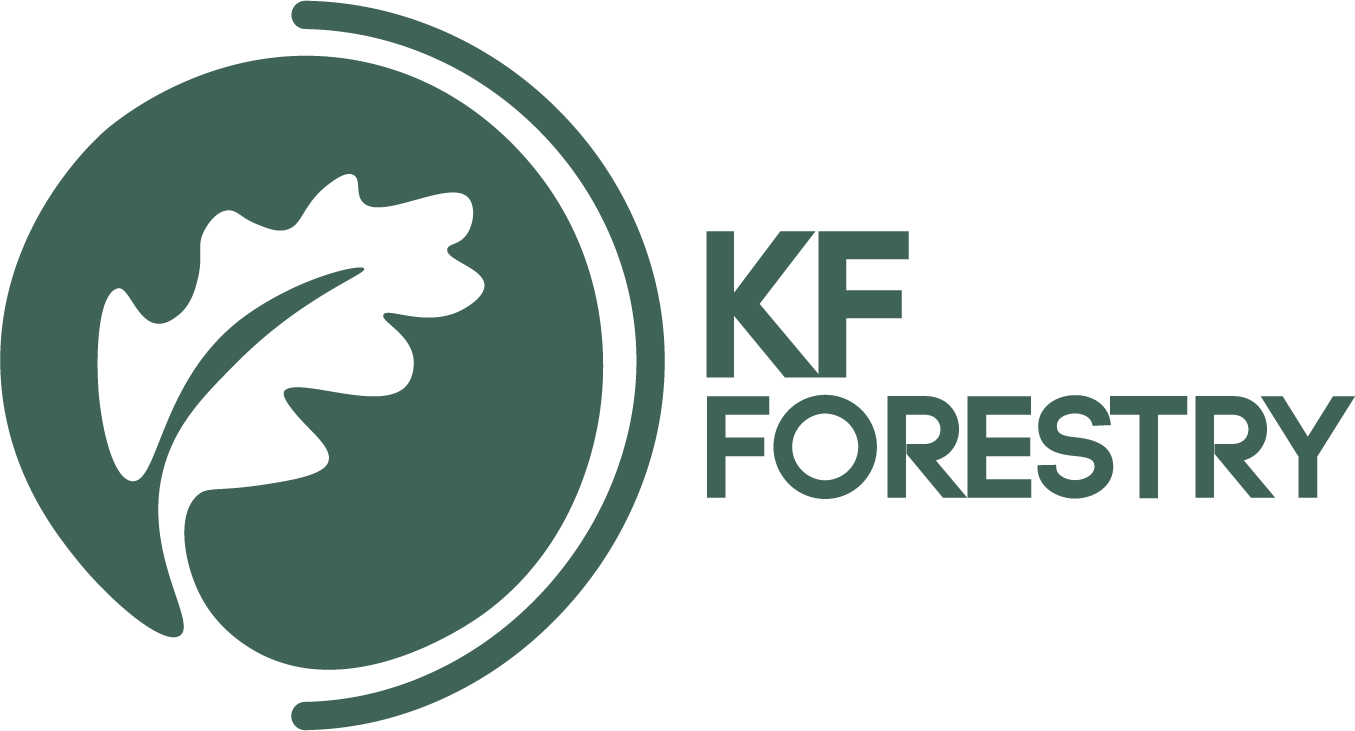 If you are interested in arable farming and estate management please visit: www.KingdomFarming.net

If you are interested in arable farming and estate management please visit: www.KingdomFarming.net

The Scotland’s Finest Woods Awards celebrate the contribution that woodlands can make to the people, environment and economic prosperity of Scotland. 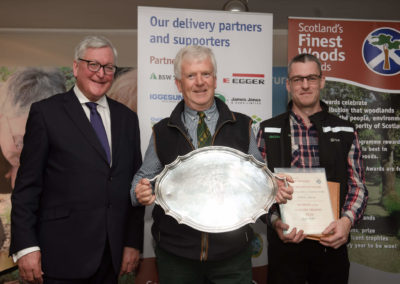 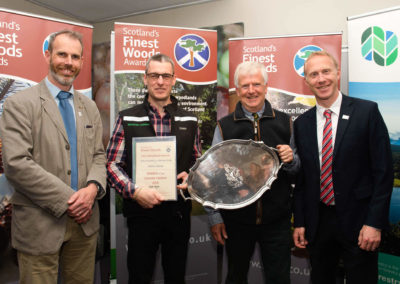 We were struck by the owner’s enthusiasm for his woodlands and indeed, the way they had been created showed a pioneering spirit in terms of the vision to plant species that the owner clearly liked (including ash) with a view to both future production (the phase they are now in) and improved biodiversity.  During the intervening years Mr Drysdale snr was Chairman of the local FWAG group and he remains keen on managing the woodlands with a view to a more diverse future rotation and with removal and replacement of Ash which sadly has been infected with Ash dieback.

Important too is that son Renwick has become equally enthusiastic about the woodlands on the farm, and this appears to have been the case from an early age.  Talking separately to Renwick shows that he is looking at trying to create more added value from the wood produced from the thinning and felling operations and that he is also looking long-term about carbon capture and the benefits from that perspective.

They engage with their forestry expert Kieran Kelly, who looks after all the practical aspects of carrying out the management plan and arboricultural aspects of some of the larger specimen trees.

We were very struck by the fact that Mr Drysdale has been quite a pioneer in his forestry.  Whilst these were by no means silviculturally perfect woodlands, the issues were well known by the owners and plans to clean; thin, fell in coupes and improve the look and extent of the woodlands were well in place.

Planting a range of broadleaves for biodiversity, when it wasn’t fashionable to do so; favouring Ash because he liked it, even though disease is now an issue; planting fruit trees into each compartment for largely sentimental reasons, but….why not. Overall, the family came across as much more than enthusiastic amateurs.  They recognised their forestry had to pay its way and be commercially viable, but that in achieving that, it was possible to be innovative and sympathetic to the landscape along the way.

This is an excellent example of an integrated woodland on a farm.  The owners displayed a tremendous enthusiasm and pride in what had been achieved over the years at Kilrie Farm and plans are well in place to achieve a viable and sustainable woodland enterprise. Already, the woodlands are generating significant employment and plans are in place to look at adding value from the forestry business.

We have no hesitation in recommending a winning award to this business.  The judges’ view at this point in time is that the standard of this entry meets the exemplary requirements we are looking for.  As a result we put this farm, top of this year’s entries and recommend it be declared the winner of the 2019 Scotland’s Finest Woods’ Farm Woodland Award.

We are extremely proud and excited to have been named a finalist in the Scotland Rural Awards 2020. The Scottish Rural Awards are the ultimate benchmark of excellence in Scotland’s countryside – a celebration of the enterprise, innovation, dedication and community spirit of those who live in rural Scotland. 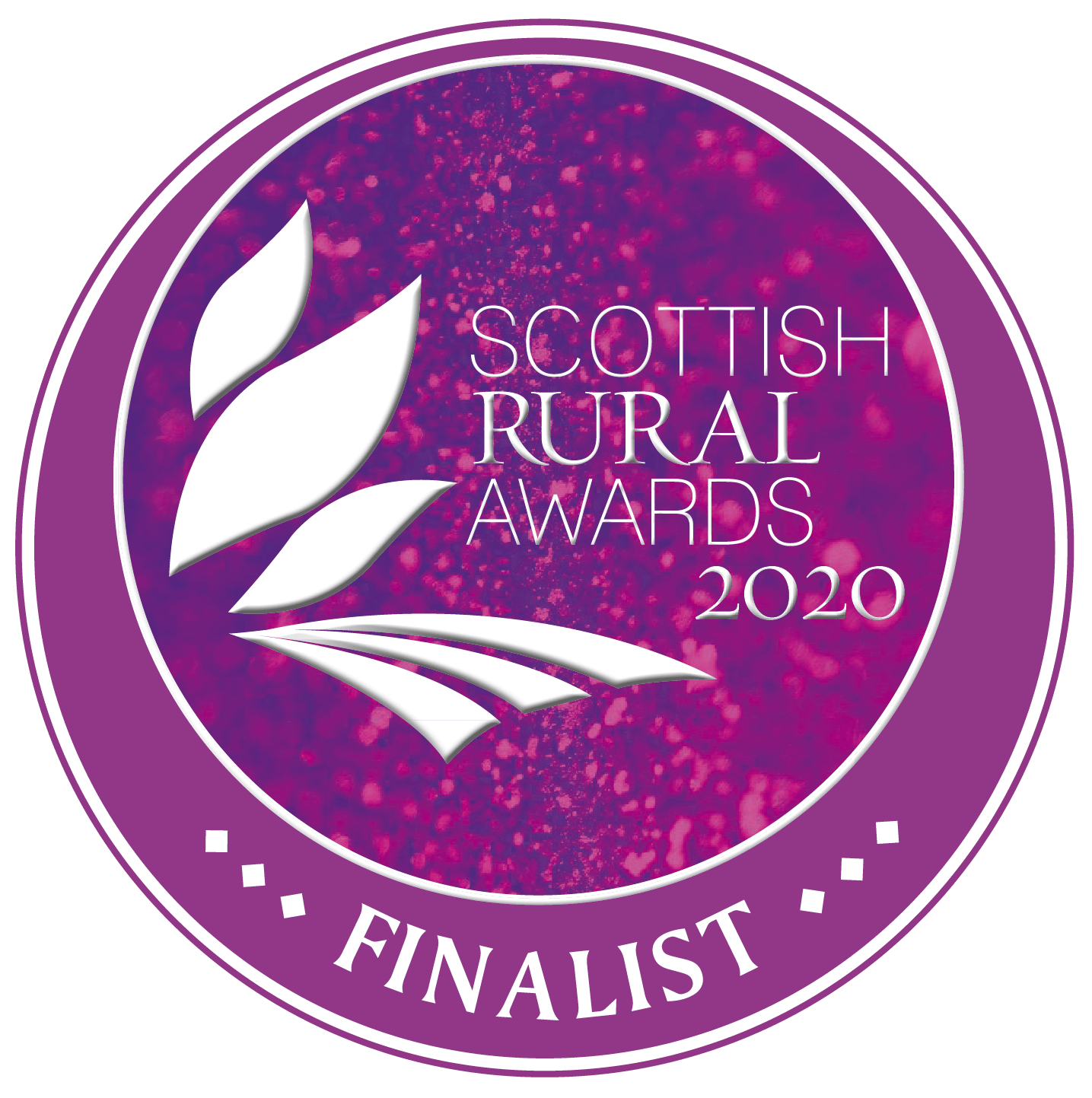 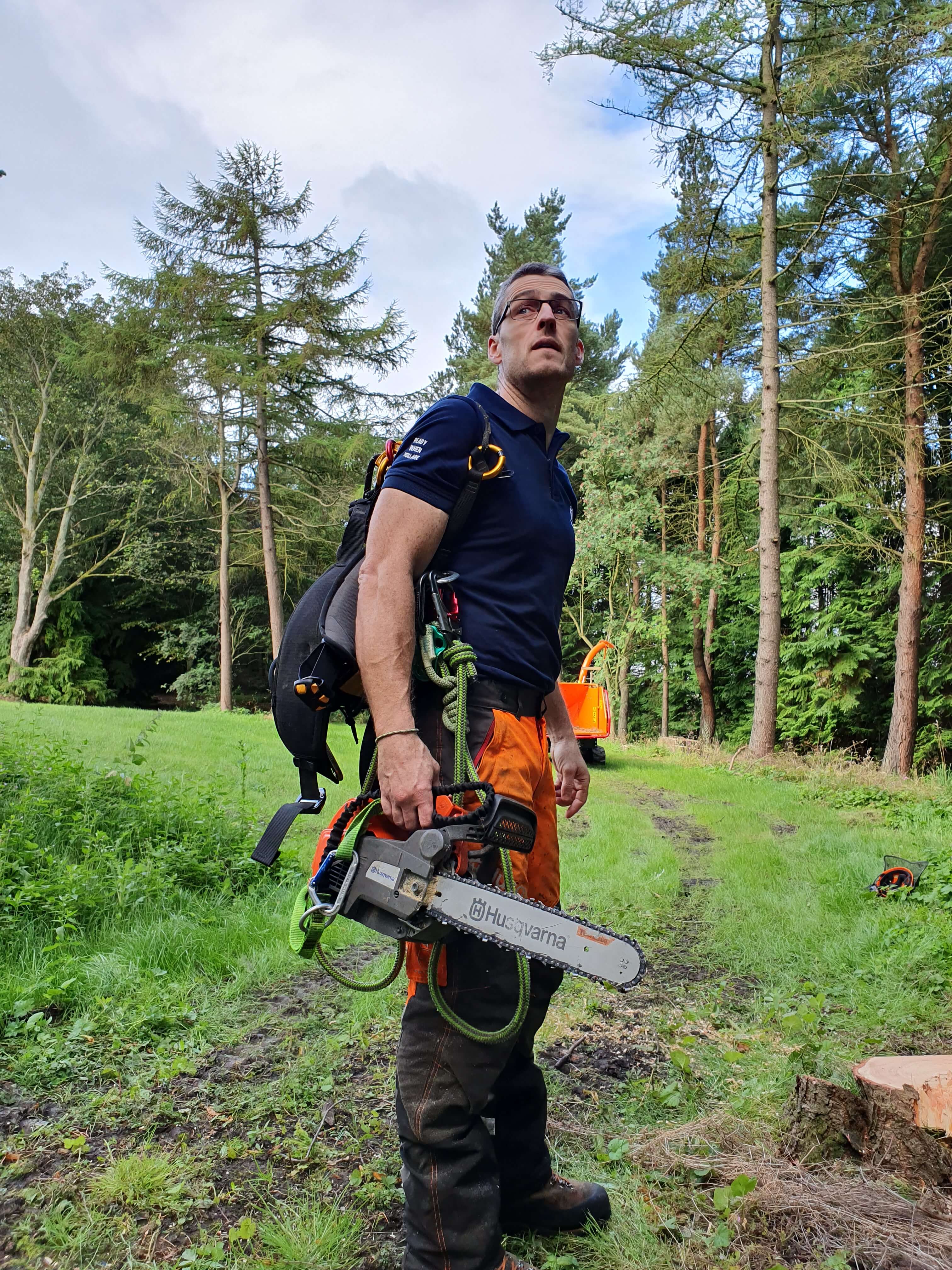 In his 26 year career he has worked extensively throughout Scotland and Ireland, amassing an impressive list of industry relevant qualifications pertaining to forestry, arboriculture (Kieran is an International Society of Arboriculture certified arborist). He has worked as a freelance climber, squad leader, a company manager and, latterly, owner of Kelly Tree Care. 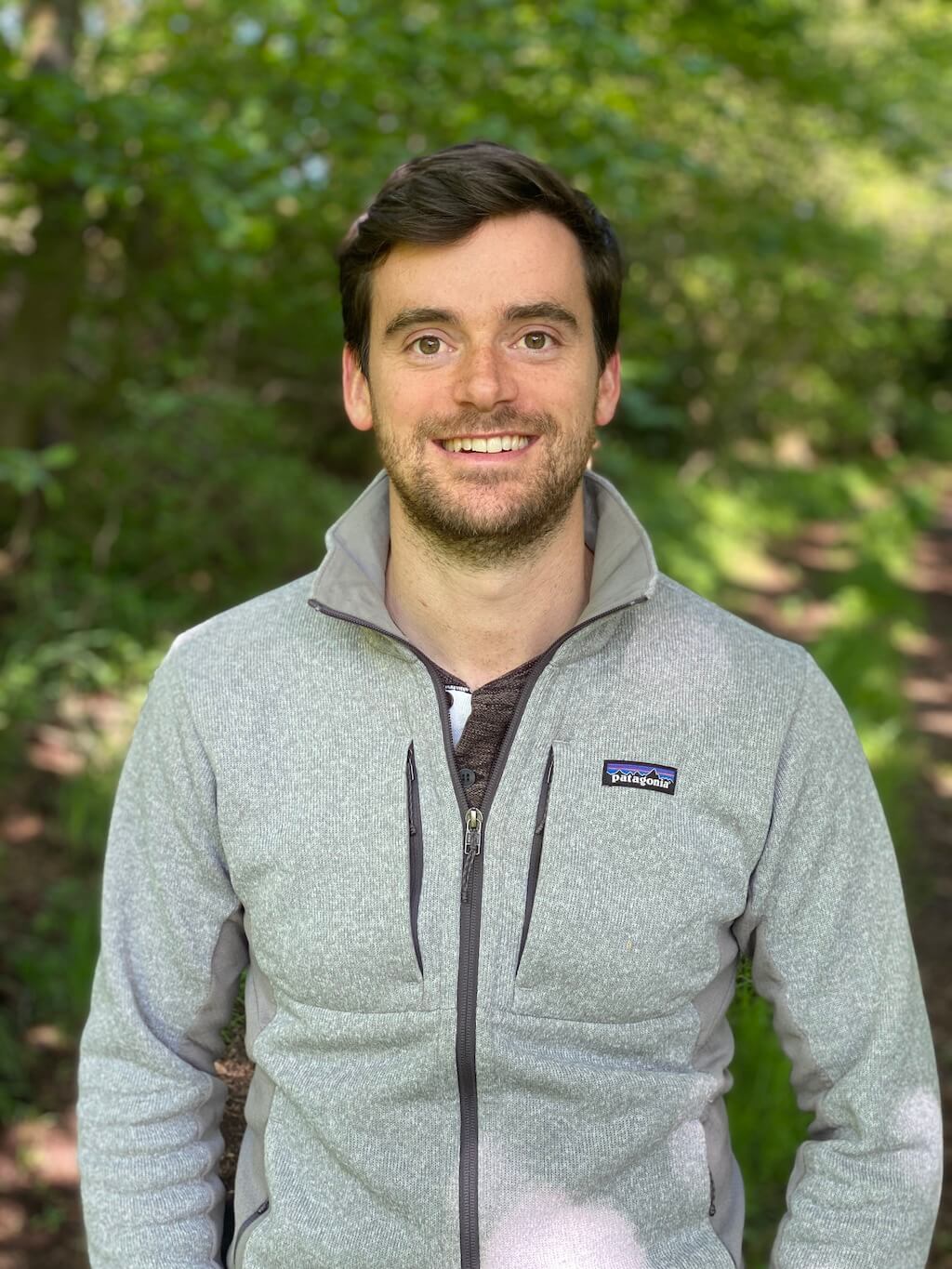 Renwick has planted trees from the age of 7 on the family farm in Fife. After completing his undergraduate degree he embarked on a career in humanitarian landmine clearance. He spent 7 years managing mine clearance operations in more than 10 different countries managing up to 180 people for non-profit organizations such as The Halo Trust and Mayday Rescue.

In 2017, he returned to Scotland to join KF Forestry while completing a part-time masters degree in Ecological Economics at the University of Edinburgh. He has since delivered multiple large scale planting projects with a specific focus on carbon sequestration and habitat restoration, laying the foundation for the development of Kilrie Trees.

We manage an enthusiastic team of skilled machine and chainsaw operators who are dedicated to executing the highest standard of work. 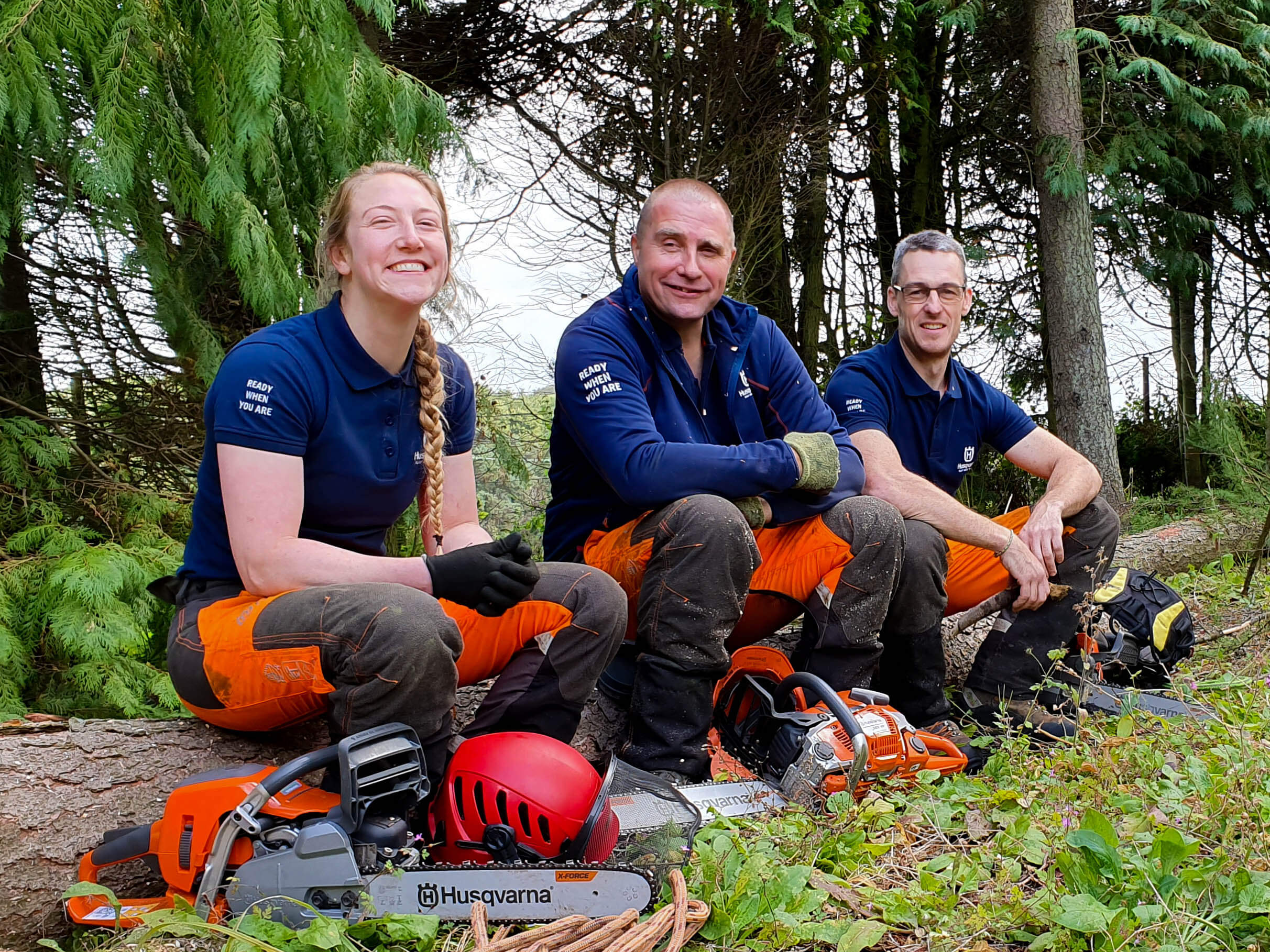 We’ve Been Managing Woodlands For Over 20 years

Whether you have one tree in your garden or you are managing a whole estate, we are here to help you. Get in touch today!